When to unify in JS 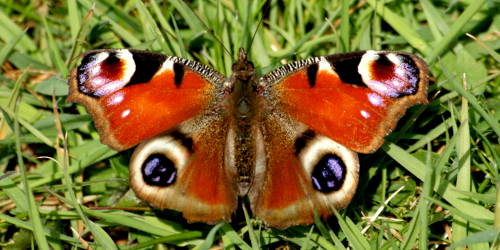 Unification for JS introduced heya-unify — a practical mini library to leverage unification in JavaScript. This post explains when it makes sense to use unification, and gives practical examples of how to use it.

Below is my laundry list for unification. As soon as I see a project, which deals with items on the list, I investigate if it makes sense to use heya-unify.

An obvious sweet spot is when we need to inspect deep objects saving sub-objects for future use, and possibly matching some sub-objects. It is worth noting that even complex arbitrary graphs with loops are a fair game. The same goes for sub-objects: it is equally easy to compare and save complex sub-trees as well as primitive objects.

Matching against circular structures is possible, but may require utilizing some simple techniques like variables, open objects, or custom unifiers, which are explained in details later.

Unification is a natural fit for document-based NoSQL databases. Imagine that we have a collection of so-called sparse or incomplete documents. If we use a traditional SQL database for that by mapping our documents to an extended collection of fields, we will have a database with an extraordinary number of nulls, and bad performance. Even a normalization, if it is possible at all, is unlikely to cure the problem.

The situation is even worse, when we don’t have a fixed schema for our data. For example, it should be discovered first by collecting representative data samples. Sometimes we know what we are dealing with, but lack statistics to properly normalize/denormalize our tables, and allocate indicies properly. This situation calls for NoSQL, and unification can help dealing with such dynamic data.

While NoSQL is an important use case, dealing with web services is even more important. Usually web services are designed to provide generic responses to cover a wide range of possible clients. In most cases they provide more information than we need. Typically we validate their responses, and extract only relevant pieces ignoring the rest.

Unification doesn’t care if our data come as JSON or XML (both are popular choices for web services), because it deals with already instantiated JavaScript structures making it data format-agnostic.

Unification is a good RAD tool. Instead of writing imperatively a bunch of if statements, and allocating technical variables to remember sub-objects, we just specify a shape we need declaratively. The result is easy to write, to understand, and to modify, if a need arises.

Let’s assume that we deal with personnel records, and we want to plot annual salary sorted from lowest to highest to see its distribution. For simplicity sake, each position has a base salary, which we can use. If an employee negotiated a custom compensation package, their salary is recorded directly in a personnel record overriding the base salary. Let’s sketch our objects trying to keep the example as minimal as possible:

employee is a model for personnel records. It refers to position. In fact, many records can refer to the same position object, and that object may have back links to employees in that position.

Our fictional charting package requires data as an array of following data points:

Now we have everything. Let’s write our variables and patterns:

Let’s write what we want to see at the end:

Now we are ready to write the code:

That’s it. Note that if our data format was changed (input or output), all we need to do is to update declarative structures. If we have more patterns to determine salary, they are straightforward to add.

Note: unification is an all-or-nothing proposition, so when chaining several unifications using the same environment, it is prudent to discard one, if there is a failure anywhere in a chain. The reason is simple: if we have several variables in a pattern, some of them can be bound before failing on other matches. In this particular case we have exactly one variable, and no other matches, so we are safe.

While we are already familiar with unify() and variable(), preprocess() and assemble() are new. They are simple helpers, which will be explained in details later.

Flickr is a popular repository for photos, which provides a rich API to use it as a web service. Let’s use it as an example. I would love to write a live code for it, but API requires a special key, so instead of dealing with provisioning, and risking people reusing the key, I will provide snapshots of data. You can always follow examples with Flickr’s interactive API Explorer.

Let’s look for the most interesting public photo, which has a location information, show the resulting picture, and the corresponding map using Google Maps.

Using API Explorer we can query data manually. Using above search parameters it formed a long URL. The results arrive in a following format:

We will form two URLs so we can show the most interesting geocoded photo, and its location. But first let’s deal with patterns:

This is our data processing code, which includes a simple error handling:

Now we can form our URLs:

When I tried this code I received following results: the most interesting photo was Anywhere Is: The Another Sky by Sergey Golyshev:

It was taken in Zanzibar’s Kichwele Forest Reserve:

Apparently astronomers are a very active community, and they like a good photo of a night sky!

One frequent use case is chained unifications, when instead of a single pair, a set of pairs are unified passing information using common unification variables. This way we can ensure that our data satisfies an arbitrary number of conditions rather than a simple match. Surely we have a helper for that, don’t we?

No, we don’t, because we don’t need it. Instead we should assemble our pairs in two arrays, and unify those. For example, in order to test that three given employees have the same manager we may write a function:

Interesting fact is that here we don’t care about an actual manager object. It can be anything unifiable.

We can make sameManager() smaller, and more efficient, by using simple arrays:

The first unification will bind manager in pattern, and the next two will ensure that it is the same for the rest of employees. As easy as pie.

We explained typical unification use cases, and saw realistic examples of how to use it to our advantage. heya-unify provides helpers that make using unification a breeze.

Generally working with heya-unify revolves around a super simple recipe with two steps:

This recipe is a natural fit for RAD.

The next post will be about custom unification with numerous examples.

All installments will be posted in this list as soon as they go online:

This post uses image by mcknight424 under Creative Commons License.